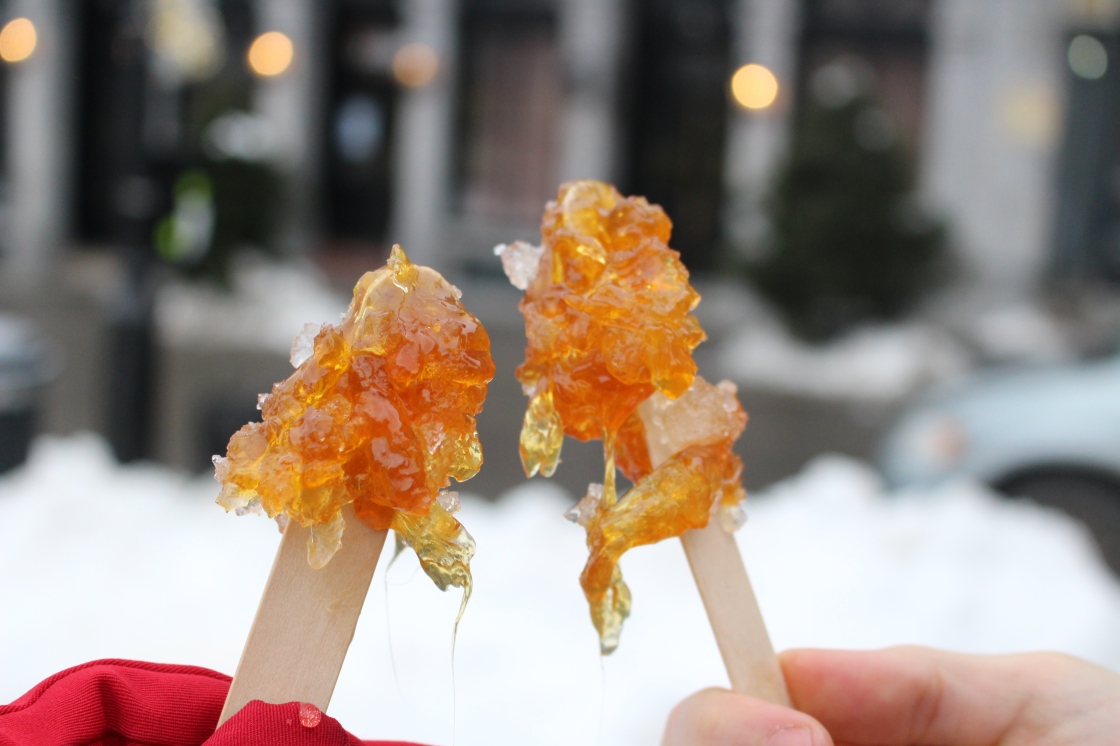 I didn’t think to learn “Hey can I pet your dog?” in French prior to leaving, but that did not stop me from finding a big fluffy dog to pet whilst talking with his two handlers. I can’t recall the name of anyone I met on this trip except for that dog. He was called Barkley, and like a good bilingual Montreal dog, he seemed to understand my English just fine. 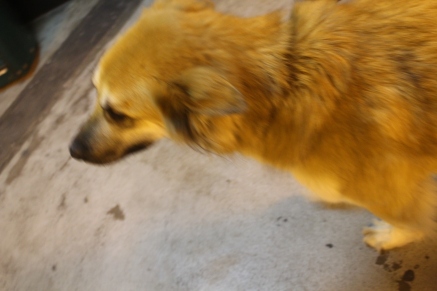 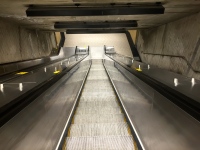 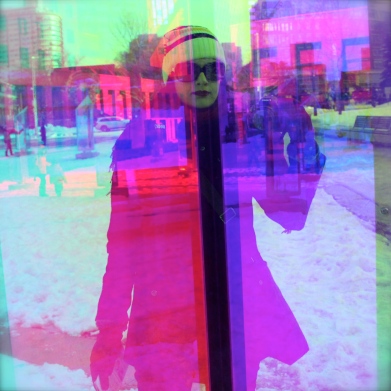 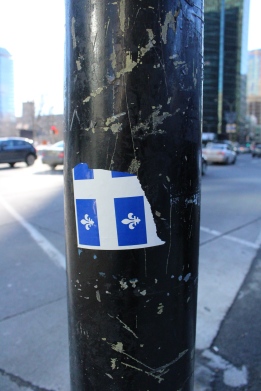 One of the best parts of Montreal is the old town, or Vieux-Port. We ate poutine and watched an episode of 24CH in a charmless fast food restaurant between rounds of cold (outside) and old (inside). We walked the cobblestone streets, felt bad for a horse who clearly hated his job as a mode of transportation for tourists, and paid a woman to pour hot syrup on ice so we could roll it up on a stick and try to eat it before it warmed and dripped all over us. Ryan took a walk along the St Lawrence River while I grabbed some crappy rental skates and I did something I waited over twenty years to do: ice skate in the snow.

I’m not from a place where it snows in winter, but a place where outdoor rinks are a novelty you gawk at between lunch and more shopping at Union Square. It doesn’t snow at the Winter Lodge. But snow and cold feel so right to me. It’s my thing. And here I was in Montreal, on the first day of winter, so happy to lace up rental skates, pull my toque over my ears and join the other skaters under the snow. I wished I had headphones so I could listen to something better than the Christmas music the rink was playing, but I would’ve missed the moment when a group of college students from Spain squealed and loudly sang along when “Feliz Navidad” came over the speakers. Or the two old women who whispering and sharing smiles in Russian or Ukrainian, the white leather boots of their figure skates completely unmarred. Both babushkas moved as if they were born on the ice, and had I not seen them carefully lacing their skates in the lodge, I would have assumed they were born with those on too.

After a while I moved to the side of the rink and sat on the ledge. A huge Bernese mountain dog bounded over to request some attention, but ran away before I caught her name. I closed my eyes and put together a little snow globe in my head to take home: me, the dog, the rink and the river, and a whirlpool of skaters. Then I took a selfie because tears-of-joy-in-the-snow is a good look for me, and it’s not every day you fulfill [relatively easy] lifelong dreams. 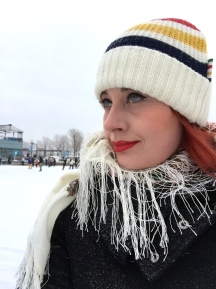 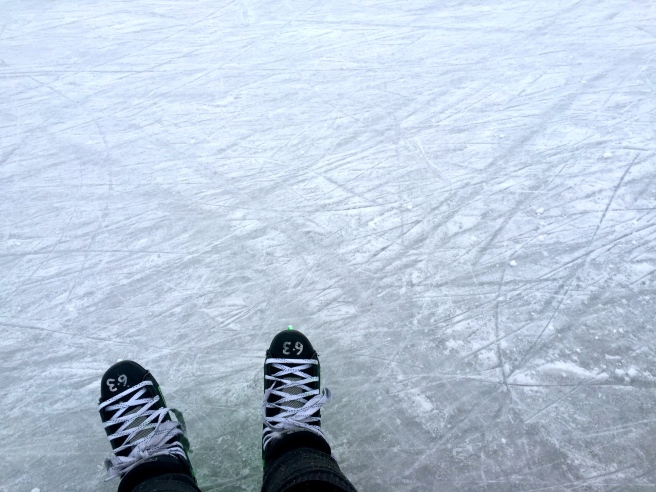 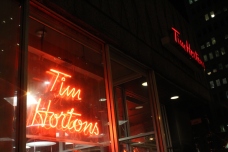 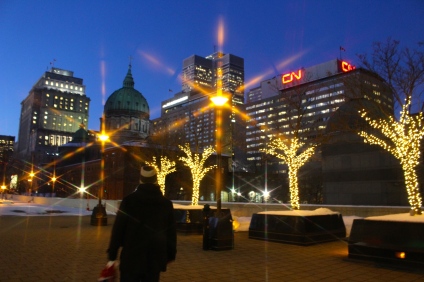 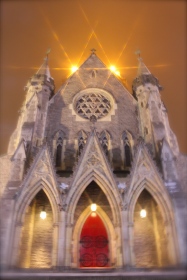 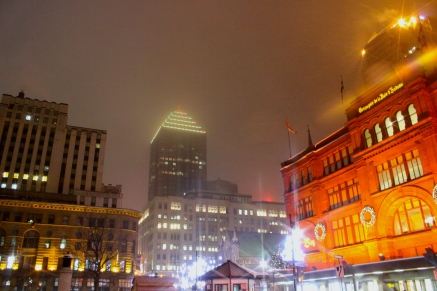 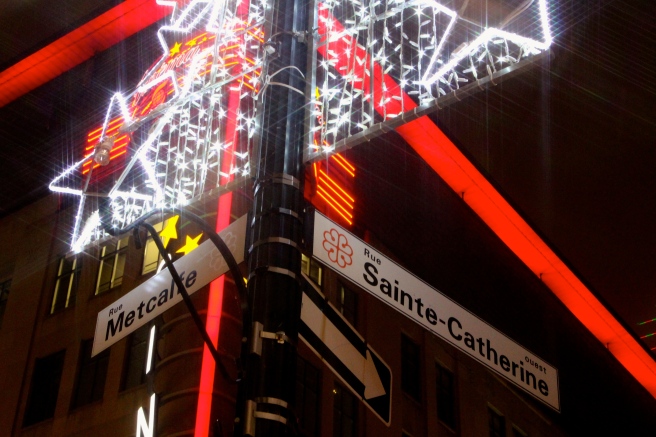 Have you figured out that snowy places are my happy place?  I especially love cold places at night, so I totally didn’t mind walking–even if it was literally the coldest place either of us had been in years. That’s what scarves are for. Our hotel was a kilometer from the Bell Center, a short walk we took several times over four days. Sometimes it was so cold that I could hear my camera having a hard time–the shutter would open but take forever to close, and nothing was exposed correctly. I was perplexed at first before remembering that I’ve never taken a digital camera to such a cold place–it was out of operating temperature! To keep it warm, I tucker my camera inside my jacket between a few layers of clothes and only pulled it out when I really wanted to shoot something. It still resulted in a lot of under- and over-exposed shots, but that just means I’ll have to come back again. With hand warmers. 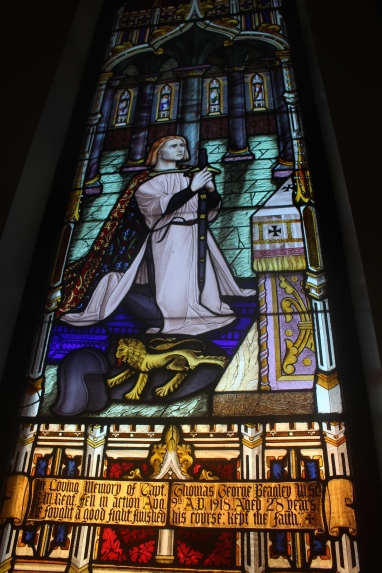 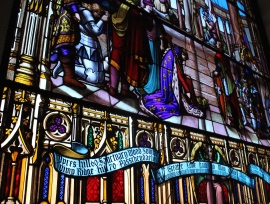 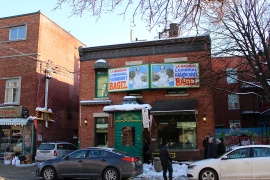 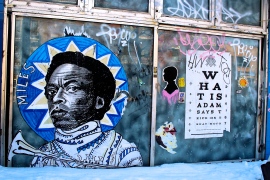 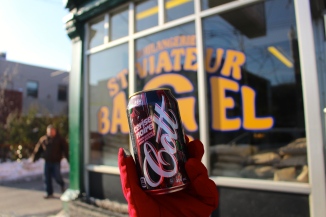 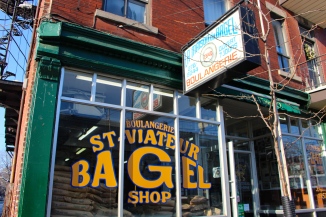 Montreal bagels are hands down the best in the world. I feel cheated by every bagel I had until these babies came into my life. Before leaving the hotel I took a look at a map and found the cartoon bagel floating above some neighbourhood not far past the park. Mile End? Plateau? We took a bus to the bagel part of town and walked straight to Fairmount. It was a few degrees over freezing outside, and dry and hot like a sauna inside. You could see your breath. We ordered the hottest, freshest bagels (which happened to be sesame), shoved them in our coat pockets and hauled it to St. Viateur to do a grab one of their sesame bagels, also fresh. For the record, I don’t even like sesame bagels, but the concierge at the hotel (who looked so much like Pascal Dupuis I had a strong urge to punch him in the face) said to get whatever is hot because it will be the best…but Fairmount was his fave.

Dude was right. Both the Fairmount and St. Viateur bagels were the most delicious bagels I’ve ever had. And although I was determined to like St. Viateur more (they had black cherry soda, which pairs well with everything), the Fairmount bagel was slightly better. Both were absolutely perfect–warm, a touch of honey, a chewey outside and a soft middle, but the Fairmount one was just better. The next week we had some New York bagels for comparison and I still maintain Montreal’s are better. I pine for them regularly.

After bageling, we walked around enjoying the warm sun and little shops around the Plateau area. I decided that if we moved, we should move here: it is close to bagels, falafel, and a magical place where French wine is cheaper than California wine called SAQ. We then stumbled upon a library that used to be a church–a total, complete Shannon Trap. I’ve now been to a library on 4 separate vacations in 3 countries so if you thought I was cool, you can definitely stop now.

There were so many things that we forgot or didn’t get around to doing, mostly because we had very little time and it was very cold. We didn’t make it to the top of the mountain in the park, where you can see the river and the city below. When we had the chance, we were cold and cranky. We only ate at one smoked meat sandwich shop instead of two, and I only had 6 poutine in 4 days. The anthropology museum, which I now realise would have been largely empty and well-heated, was left unseen and I gave up on walking across town to photograph a street sign with my name on it–sorry, Shannon Street. There was so much we wanted to see that we had a great trip and still only did half of what we intended.

Next time, I’m bringing hand warmers or coming earlier in the year. I’ll also consider renting a car so I can drive around, and I’ll practise my French more before leaving.

This site uses Akismet to reduce spam. Learn how your comment data is processed.